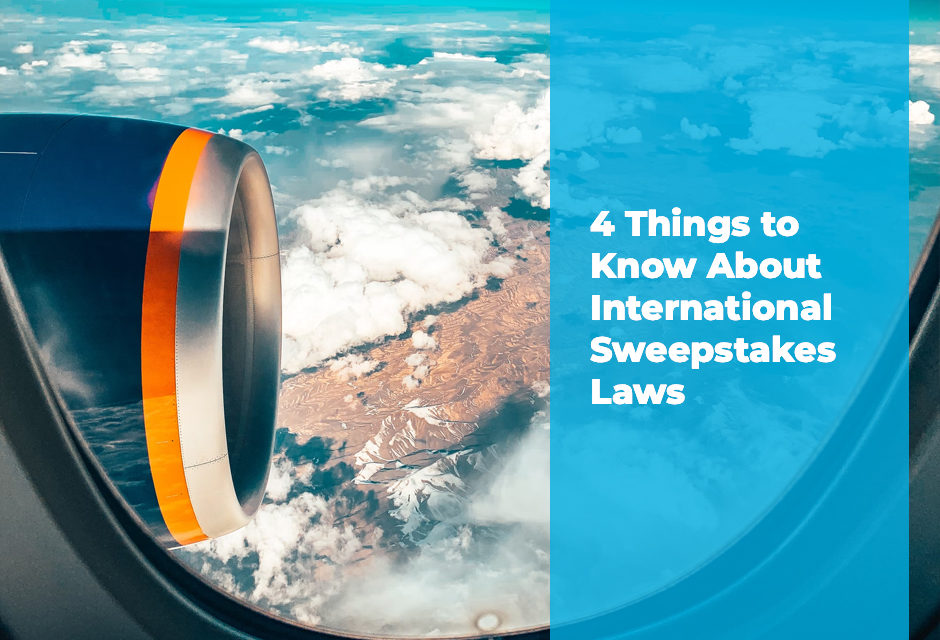 In Italy, a local public official must hand-select sweepstakes winners. In Canada, if you want to include residents of Quebec in the sweepstakes, you will be required  to translate all of the campaign’s marketing materials, website, official rules and messaging into French too. In Mexico, a government authority must witness the delivery of any prize worth more than $5,000.

Those are just a few of the specific — and often unique — international sweepstakes laws to consider when planning a multinational promotion.

Within the United States, there’s a wide variety in the contest and sweepstakes laws by state. Sweepstakes tend to be more highly regulated because of their structural similarity to lotteries, which are considered illegal gambling in many states.

Realtime Media’s sweepstakes legal administration team has 25 years of experience managing international and domestic compliance for contests and sweepstakes. Here are four things to know when planning a multinational promotion:

Contests are considered games of skill, where a winner is selected based on specific criteria (such as the video with the most votes, or the judges’ favorite recipe). Sweepstakes are games of chance, where sponsors must give entries equal weight and randomly draw the winner.

As in the United States, there are far fewer international laws governing contests. Brands considering an international promotion may want to choose a contest structure for this reason.

Many countries, including Canada, specifically prohibit games of pure chance, considering them to be a form of gambling. One common workaround is to require winners demonstrate a skill — such as answering a math problem — before claiming their prize, thus converting a sweepstakes into a game mixing skill and chance.

Some brands choose to run the same promotion as both a sweepstakes and a contest, depending on the market. One global client recently hosted a sweepstakes in eight countries, including the United States, and was able to include 15 additional countries in a contest structure.

2) PARTICIPATING COUNTRIES MUST BE DEFINED

A promotion can’t be open to everyone, everywhere, simply because of the wide variety and complexity of international sweepstakes laws. However, you can include most of your audience in a promotion by specifically including the countries that make up your key markets. Most brands tailor their promotions to include their biggest or newest markets, listing those countries in the official sweepstakes rules and regulations..

3) SMALLER PRIZES CAN BE MORE SUCCESSFUL

A million-dollar prize makes headlines, but offering a higher volume of smaller prizes is a proven strategy for both gaining participants and navigating international sweepstakes laws. Some countries may limit, tax or impose additional restrictions based on the value of a specific prize, while others tighten regulations if the total prize pool is above a certain amount. Its also important to keep in mind customs and duties that may also be applied to internationally-shipped prizes.

By offering a large prize pool   the odds of winning greatly increases — along with the likelihood that more people will be motivated to participate in the sweepstakes.

The complexity of international laws often influences the structure and prizes of a contest or sweepstakes and should be considered throughout the promotion design.

One of the most common sweepstakes laws is the translation of all materials into the official language. This includes web copy, entry forms, advertising, the sweepstakes official rules, terms and conditions, and more, depending on the promotion. You’ll want to factor in the cost of translation services for each participating country.

Realtime Media is fully equipped to provide these translation services, if needed. Our team of legal experts is available to consult with brands and agencies planning a multinational promotion, and our administration services handle every detail to ensure full compliance with domestic and international laws

5 Ideas for Contests and Sweepstakes that Celebrate Summer

Contests and sweepstakes are proven ways to build brand loyalty and engagement while meeting strategic marketing goals, such as acquiring first-party data or supporting a product launch. Tying… 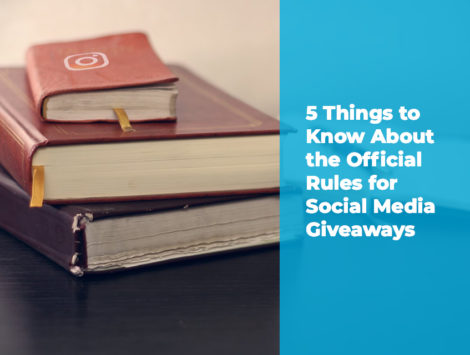 Hosting a contest or sweepstakes on social media is a strategic way to build engagement, excitement and community on your brand platforms. But as with any giveaway, there…

Read More
BACK TO BLOGS

We'll be in touch with the email you provided.

Use a sweepstakes to generate leads, activate current customers, and fortify your data.

Create a criterion for entries and drive actions from your customers with a contest.

Instantly gratify your customers with rewards to create a cycle of repeat engagement.